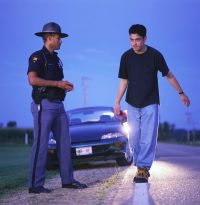 Driving Under the Influence (DUI)

The State of Florida imposes strict penalties on drunk drivers, which escalate with multiple convictions for DUI/DWI. In Florida, driving under the influence means operating a motor vehicle (including boats as well as cars, trucks, motorcycles and more) with a blood-alcohol concentration (BAC) equal to or greater than 0.08 percent. You can even be charged when the vehicle is not in motion, as long as it is operable. (This means you are not protected by “sleeping one off” in your car!)   For a first DUI in Florida, penalties include:

Subsequent DUI charges escalate these penalties. In addition, you may face skyrocketing auto insurance premiums and trouble at home and at work because of the loss of your driving privilege. If you are involved in an accident that kills someone, prosecutors may charge you with vehicular homicide as well.

Officers can make a DUI arrest no matter what they initially pulled you over for. When an officer pulls you over, he or she will check for a smell of alcohol and look for signs of drinking (empty alcohol containers, bloodshot eyes, swaying and more). If the officer even has the slightest suspicion, he or she may ask you to perform roadside tests. Experts consider these tests wildly inaccurate, prone to false negatives and false positives, but police agencies continue using them.

The roadside tests may include:

Depending on your performance in the roadside tests, the officer may subject you to additional tests to determine your BAC. By exercising the privilege of driving in the state of Florida, you automatically consent to these chemical tests. This means if you refuse to take one, you will be arrested and your driver’s license will be suspended for six months, even if you ultimately did not test positive for intoxication. These might be one (or more) of the following:

This site uses Akismet to reduce spam. Learn how your comment data is processed.