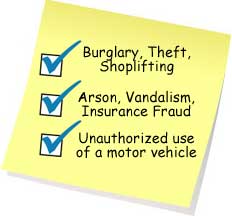 How to plea bargain a good deal in a criminal case:

Do you know how to plea bargain a good deal for your case?

A plea bargain (also plea agreement, plea deal, copping a plea, or plea in mitigation) is any agreement in a criminal case between the prosecutor and defendant whereby the defendant agrees to plead guilty to a particular charge in return for some concession from the prosecutor. A plea bargain allows both parties to avoid a lengthy criminal trial and may allow criminal defendants to avoid the risk of conviction at trial on a more serious charge. In the U.S. legal system, a criminal defendant charged with a felony theft charge, the conviction of which would require imprisonment in state prison, may be offered the opportunity to plead guilty to a misdemeanor theft charge, which may not carry a custodial sentence.

Remember: the burden of proof is always on the prosecution or State

Find out – What is your Fifth Amendment Right?

Get more info on this topic  here